In today’s increasingly digital world, it isn’t easy to find a job that does not rely on IT. The more specialized the IT knowledge a candidate has, the easier it will be to enter the world of work. Children today have a considerable advantage since they are growing up in this digital world and do not have to wait until they can laboriously acquire skills such as programming. A multitude of learning programs and programming languages are available to them. They are easily understood by children and can be applied intuitively. Through visual support and exciting projects, they can discover the basics of programming step by step.

Why Teach Programming to A Child

When your child takes piano lessons, this does not mean that they should become professional musicians. The objective of music education is cultural and intellectual. Music develops abilities that will be useful to your child throughout his or her life. For example, reading scores, memory, harmonious development of the left and right brain, musical and artistic skills (ear, solfège)…

The same goes for computer programming benefits: its teaching places children in an active situation that feeds their curiosity and develops their abilities.

Also, teaching children the basics of programming at an early age has some tangible benefits:

How Can Children Learn to Program?

Children are more willing to learn when the goal is clear and the path to get there is understandable, easy to grasp, and fun. In the case of programming, it can be a simple game, a small application, or a first website, the important thing being that the child has fun and does not feel overwhelmed. The way to achieve this should be neither too long nor too complicated. Therefore, child-friendly tools and learning offer focus on elements that can be intuitively entered and directly applied. This way, children quickly acquire a sense of achievement that motivates them to take the next steps.

There are various possibilities for children to learn programming and expand their knowledge: from toys such as programmable robots via YouTube tutorials to application workshops and coding courses.

Online resources that specifically target children and teens are handy. Through exciting and easy-to-understand projects that children can complete at their own pace, they can learn and integrate programming basics in a fun way and without pressure for results.

Educational programming languages usually have graphic form or graphics mixed with text. To code, you have to choose from a limited number of instructions in the library and then connect them logically – that way, a program is created. The process is based on the drag and drop method, and the instructions look like-colored blocks with different icons or text. This environment is visually appealing and eliminates the first syntax errors, a nightmare for every novice programmer. Some languages also banish logical fallacies from the algorithm: blocks that don’t work together cannot be connected. Even children who can’t type yet can create programs.

Not everyone realizes that learning coding has many advantages, which have little to do with technology. A variety of research suggests that learning programming positively influences students’ cognitive and social skills. Children exposed to basic computer science, enriched by rudimentary algorithmic thinking and logical constructs, have shown progress in various academic and social areas. Improvements were visible in terms of visual memory, cognitive and language skills. Also, these children have significantly improved their meta-cognition, i.e., the knowledge of how to learn, which is related to self-monitoring and independent learning.

The term “computational thinking” was first used by Seymour Papert in the 1980s. According to Jeanette Wing, the leading promoter of this idea, computational thinking is the process involved in formulating problems and their solutions so that a computer can perform their resolution. This approach can be described more simply: “thinking like a computer scientist.”

Computational thinking encourages soft skills that are rarely introduced in the classroom. Programming teaches problem-solving, decomposition (how to divide large tasks into subtasks), logical reasoning, error correction. These skills are useful in traditional STEM fields, such as science and engineering, but they are also applicable in other areas, including social sciences or art.

Logical reasoning is directly related to the understanding of analytic constructions. Computers complete tasks by following a specific algorithm – a predetermined set of steps, which must be executed to achieve a particular goal. As long as the underlying steps do not change, the operation of the computer can be predicted. The algorithm implemented on the same data will always give the same result.

The knowledge of necessary programming skills creates a new way of expressing oneself. If used correctly, coding produces tangible results in the development of children’s creativity. Like a brush and a canvas, which allow children to express their thoughts and feelings in the form of painting, programming provides an opportunity to demonstrate their creativity by composing different pieces: animations, games, interactive images, or presentations.

The training of creativity is more possible, more straightforward, and more diversified in the language. Scratch is an excellent example because its structure was inspired by LEGO bricks (Scratch’s creators have already worked with LEGO to create LEGO Mindstorms). When playing with bricks, the child connects the elements available in the set according to his or her intuition. Children build and develop models that inspire them to continue their work. In this example, creativity grows almost organically. The process is similar to Scratch, where children connect blocks intuitively to create simple programs that inspire them to build even more. If programming is combined with other interests, such as music, film, or animation, children’s creativity improves even more. This method encourages a larger group of students to participate in the programming and equips them with complementary tools to express themselves.

Learning programming brings benefits comparable to the benefits of bilingualism. Despite apparent differences, learning to code is quite similar to learning another language. In early childhood, the mind is more likely to acquire a new language, mostly if the learning process is hidden behind daily, age-appropriate activities. Research focusing on children’s abilities to learn coding shows that programming skills develop most rapidly at this age. The method of teaching is also essential. It should be age-appropriate, presented as a form of entertainment, and linked to other developmental processes, such as art, math, or reading.

How to Teach Programming For Children?

To ensure the development of logical reasoning and computational thinking, programming should be introduced as early as possible. However, this is a challenge for teachers who need to present programming in an understandable way to children.

Tools Adapted to The Age and Abilities of Students

Encouraging children to start coding is easier than you think. Young students naturally accept such challenges, as long as the topics and projects are presented at an appropriate level and linked to age-appropriate fun activities. The market offers many teaching programming tools, all adapted to different stages of development and skill levels. Yet, some tools surpass others in terms of effectiveness and are often recommended by experts.

Most children are familiar with video games and gaming applications. So when the opportunity to create their own game arises, they enthusiastically accept such a challenge. There are two different approaches to using the game in coding lessons.

In game-based learning, the educational process is integrated into the context of the game. By completing the tasks, students earn points and move on to the next level. Such tools are applied not only in programming but also in other school subjects. Many applications rely on such a mechanism, for example, Tynker, Alice, CodeCombat, and others.

The game design focuses on learning by coding and teaching by creating. This allows children to become game designers, programmers, creators of their own game, ensuring they gain real skills and increase their self-esteem. Unquestionably, this method of teaching is the most effective and inspiring of the recipes available today. By bringing into existence equivalents of favorite games, children become wizards. Scratch is excellent software for simple programming games.

Robotics is yet another area where children can be encouraged to learn to code. Tangible mechanisms (students should build them themselves) make coding more real. It is much easier for students to enter the code when a robot is running it in the physical world right next to them.

There are many educational robotics kits available on the market. LEGO Education has created the ones that seem to have the most value: LEGO WeDo and LEGO Mindstorms. Their effectiveness is based on children’s penchant for LEGO bricks, but they have other advantages. Equipped with sensors and motors, these sets can be controlled with a child-friendly visual drag and drop programming software (it is also possible to program WeDo sets in Scratch!), so it is an excellent tool for six-year-old students (WeDo), but also nine-year-old students (Mindstorms).

In the context of robotics, it is worth mentioning its other educational values. By operating intangible reality, robots teach the principles of physics and mechanics. Also, by building robots with bricks or other elements, children improve their motor skills, which seem to have been forgotten recently. By choosing suitable constructions, sensors, or themes, one can also learn biology, chemistry, history, or art. As a result, robotics is a truly interdisciplinary field.

The Benefits of Robotics for Children

Robotics is gaining momentum in many schools around the world. It allows students to reap enormous benefits, not only for the present but also for the future.

Here are seven benefits guaranteed by teaching robotics in schools:

Few areas of knowledge integrate creativity and pleasure simultaneously. Studies have shown that robotics can achieve both. Students enjoy participating in activities in which they have total control, which is possible with robotics. And when learners can do fun things, they want to go further.

Hands-on learning activities improve concentration and attention span because the more students acquire, the more they want to continue participating in the lesson.

Preparing for The Trades of The Future

With cutting-edge technologies such as artificial intelligence, driverless cars, and spacecraft are taking shape every day, today’s generation of students needs to be better prepared for technological change than ever before.

As artificial intelligence is becoming more common in homes, schools, and offices, introducing programming will help them understand how these robots work.

Creating and programming robots is a challenge. However, working on frustration helps students develop their ability to deal with failure. It gives them determination, which is crucial in personality development.

Robotics integrates a range of skills and thus fosters a learning environment for people with different talents. If used properly, it also promotes a culture of teamwork. It can even be used to help students who may have difficulty learning in traditional classrooms.

The development of technology and the global changes linked to it are changing programming: no longer limited to extracurricular classes, it is now part of the school curriculum. This change is caused by the gap between graduates’ skills and universities’ requirements, and the labor market.

Research confirms that programming develops soft skills, such as logical thinking, problem-solving, creativity, or teamwork – the most valuable skills in modern times. The rapid introduction of programming in schools will be a great challenge for the education system.

Nevertheless, we should not be afraid of it. Many years of research have produced practical tools that from the early years of school education introduce programming into classrooms quickly and in a way that allows students to take an active part. Learning programming through games and robots is fun for children and, at the same time, equips them with tools and skills that they will enjoy for many years to come. 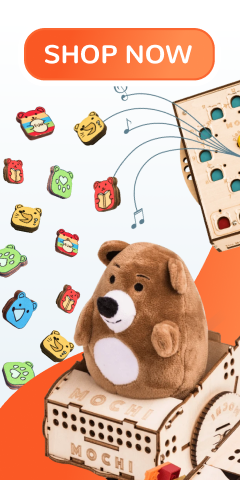